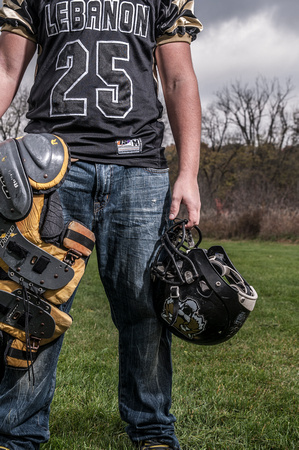 I had worked with Jamason's sister in the past and because of that got the call from her mom wanting to get shots of her son Jamason.  It was out of the blue and they had hoped to get photos that week because Jamason was on fall break. This was Monday and we set a date for Friday morning since I was already shooting later in the day. I love being able to book more then one shoot in a day. Hopefully that trend continues for the years to come. 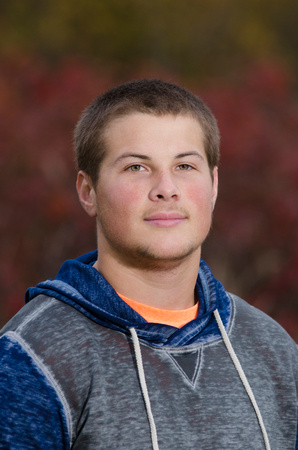 We met in the morning, it was cold the leaves were turning and starting their fall to the ground and I new the cold weather was coming. Jamason got comfortable in front of the camera and we started shooting as I listened to his mom and girlfriend make fun of him. I almost felt bad for the kid but he took I in strides and gave back what they give out. 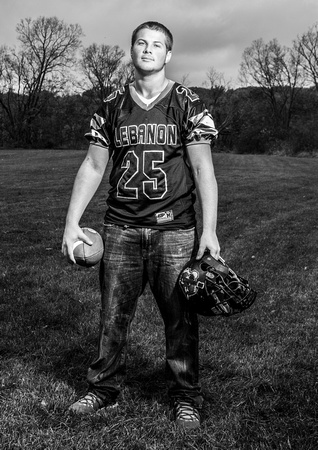 We got some shots of him in his vest jacket and some of him in just a t-shirt which I kind of felt bad for him because it was pretty cold out. We finished up out in the field with Jamason sporting his football jersey. I had wanted to try a few neat shots but was fighting again with light issues and was forced to stick with one single flash for the morning so I went another direction with the football shots. Something I have learned while shooting is always have a good variety of shots planned so if one doesn't work you can move right into another sot without issues. 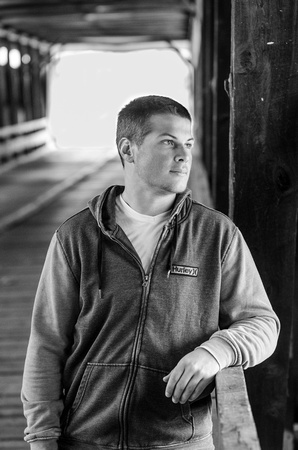 We finished up the morning at the covered bridge and got a few more nice shots before we ended the day. It was good meeting another member of the Wright family and seeing how much fun they have together, I can't wait to get to work with them again.