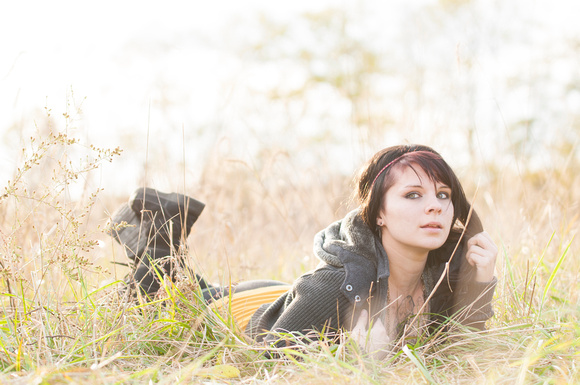 I got ahold of Tiffany during the fall to work on some sunset shots. I had went out the week before and wasn't really happy with the photos that I had done. Well that's not completely true, they photos came out okay, but I new I could get them a little better in camera. The less editing I have to do the better. I don't spend a ton of time editing, I'd rather try and get it right when I take the photo in the first place and anytime your trying a new technique it takes practice to get right. 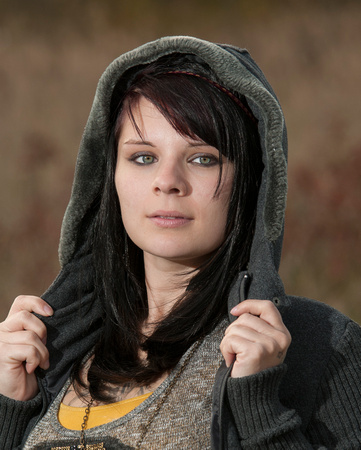 I was trying sunset shots with the sun bright and blazing behind my subject, and basically shooting into it. This can give a really hazy dreamy effect that I wanted to get, my first time with these I just had to much backlight coming in and it was getting too hazy for my liking. So today's goal was to get that same hazy effect without going overboard with it. 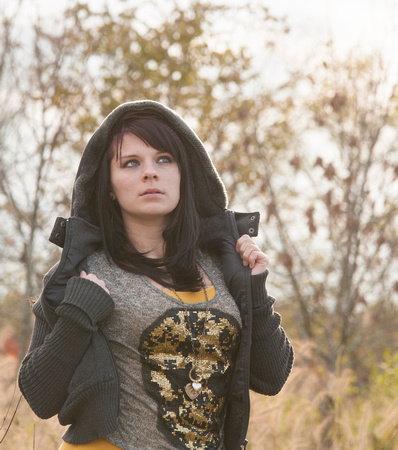 I had worked with Tiffany before and she was looking to have a good shoot, she was energetic and ready to go and we were laughing and having a good time at potters bridge park. It's amazing how things work out. wanting to work with the sun so of course a half hour before the shoot the clouds roll in and we spent half the time just getting shots waiting for that quick 30 second windows where the sun would pop out and we'd get a few shots. clouds roll back in and we'd joke around, get some shots and wait for that 30 second window again to work on the shots I had came out for. 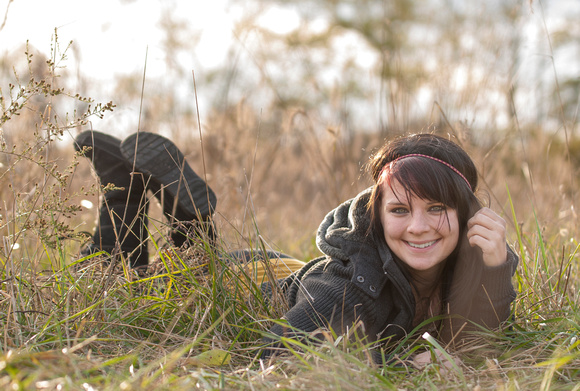 By the time we were done we maybe got around 2-3 minutes total in the sun like I wanted but I was still able to get some great shots of Tiffany and we had a blast out in the cool fall temperature with her and her two kids. If you like what you see feel free to like me on Facebook.  Square1 Photo